Can an isolator still be used without a cleanroom? 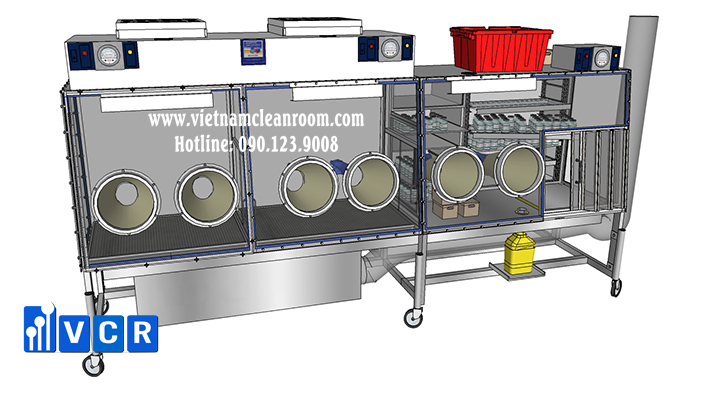 The answer is complicated.

Under the current USP 797 guidelines, a compounding aseptic isolator may be used as a substitute for a cleanroom if it is certified to meet ISO 5 under dynamic conditions.  Usually, the certifier will conduct particle tests and airflow studies while a technician is compounding and transferring materials.

However, the revised version of USP 797 under development will require an isolator to be placed in minimum ISO 8 conditions (read: cleanroom) in order to have Beyond-Use Dates (BUDs) greater than 12 hours at room temperature (24 hours refrigerated).  Essentially, any drug compounded outside of a cleanroom will have a limited BUD, regardless of how well isolated the compounding area is.  A RABS can only be used in an ISO 7 environment, because it is not considered a true isolator.

This means that our XLTC Isolators are and will remain USP compliant under the current and the updated guidelines.

Following a series of high-profile incidents associated with contaminated compounded drugs, the FDA and USP have embarked on a crusade to strengthen enforcement of compounding standards, which includes a commitment to harmonize with international compounding standards.

Although these new isolator standards are still under development, the FDA has already expanded its oversight to include outsourcing facilities, which are being held to pharmaceutical manufacturer standards (cGMP) until the FDA develops a specific set of standards for the Isolators in the compounding industry. On an open discussion event with the FDA authorities we learned that the FDA is going in a direction that will classify the minimal specs of an isolator that can be used outside of a cleanroom.

Against the claims and actions of some of the more aggressive State Boards of Pharmacy, that are proactively discouraging the use of CAIs outside of a cleanroom, even if the current USP standards would normally allow it, we strongly recommend installing an Isolator if faced with financial or spacious constraints.

In today’s environment of stricter compounding standards, a compounding pharmacy needs to develop a long-term strategy for cost-efficient equipment purchases, taking into account all of the future regulatory requirements associated with isolators.

If a compounding pharmacy chooses to use only an isolator in the interim, they must be prepared to adapt to the new regulations when inspectors start enforcing them.  In most cases, if a compounding pharmacy decides not to restrict BUDs to less than 12 hours, the pharmacy would have to build an ISO 7 cleanroom to house the RABS, because isolators on the market today were not designed to meet the strenuous criteria spelled out in the draft revision of USP 797. But in any case setting up and using an Isolator is by far cheaper than the installation and running costs of a cleanroom. If your compounding needs are for immediate use, then going for the Isolator is a no brainer, but if extended BUD is your goal then you might want to wrap your Isolator inside of a cleanroom.

In any case, we feel like the Isolator is a far better Compounding area over the currently acceptable equipment under Cleanroom specifications, just because it presents a physical barrier between the pharmacist and the compounding process.