Noise in cleanroom: How to control

Cleanroom is the environment following the most stringent standards about air cleanliness. Besides, cleanroom noise level is one of the important factors that are required to be controlled in a cleanroom. This article will help you have a better understanding of noise in cleanroom and how to control it.

Noise in cleanroom has a great impact on the workers. High noise levels can cause a lot of problems:

+ High noise level makes workers find it difficult to concentrate and communicate in cleanroom. This leads to reduced working performance. A study shows that workers are 60% less productive in a noisy environment than those working in a quieter workplace.

A study shows that the damage to hearing occurs when the noise level is higher than 85 decibels, which is about the loudness of heavy traffic.

Moreover, noise cause damage to factory buildings and equipment to a certain extent. The noise generated will affect the testing and operation of the equipment in the nearby workshop.

Studies on cleanroom noise standards began in the 1960s. US Federal Standard 209A was developed in 1966 and 209B was revised in 1974 stipulating: “The control of noise of cleanrooms are carried out to meet operational or product requirements, and to keep employees working in a comfortable and safe environment.”

ISO 14644-4 (draft) standard is stated that: “An appropriate sound pressure level should be selected according to the requirements of the comfort and safety of workers in the cleanroom and sound reflection.”

In the cleanroom environment, noise control is done with the aim of a proper manufacturing operation. When noise is controlled, communication is easy and a comfortable working environment is created.

If the cleanroom is not larger than 50m2, only 1 point in the center of the room is measured.

If possible, the noise of the room should be measured under static conditions. 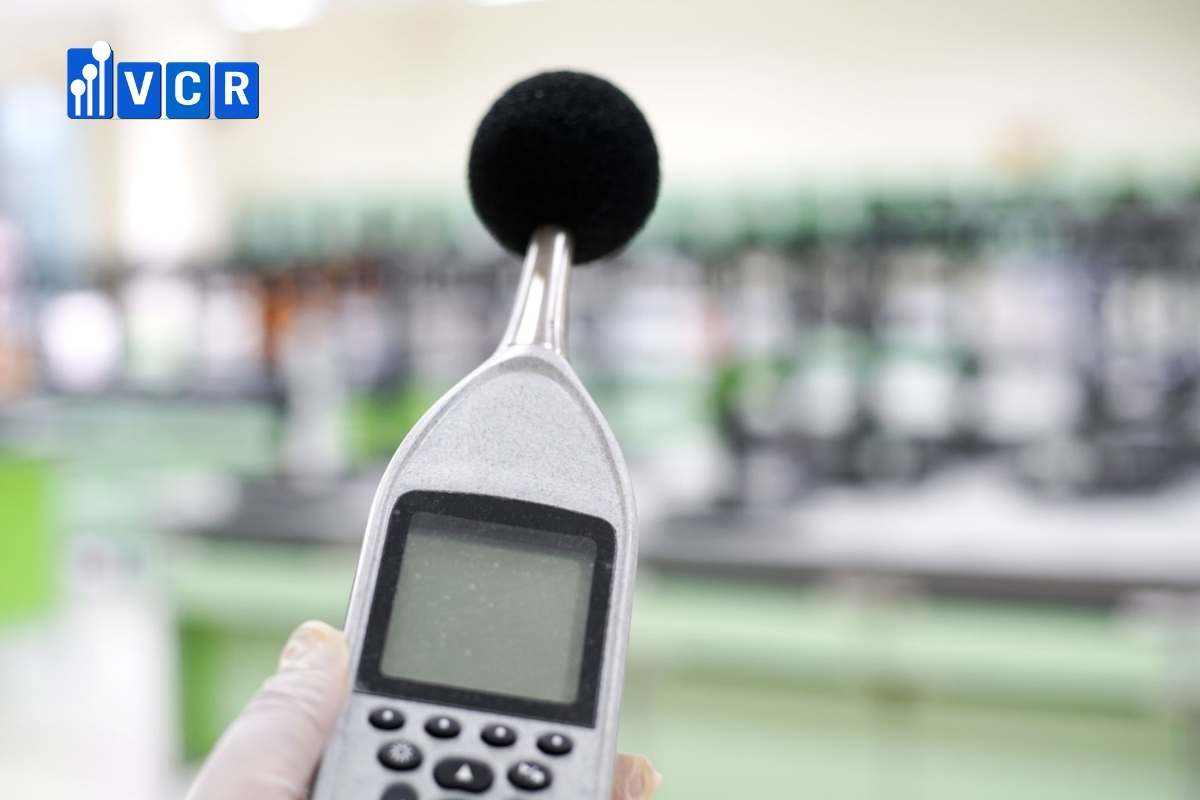 3. What is the noise level is permitted in cleanroom?

The sound pressure level permitted in a cleanroom is between 65 and 70 dB(A).

The static noise of the cleanroom mainly comes from the operation of the air conditioning system and the filtration equipment. Therefore, the key solutions to noise control lie in the reasonable arrangement of the air filtration system and reasonable noise reduction measures.

Below are some cleanroom noise reduction solutions:

+ Low-noise equipment should be used in the design.

+ In some cases where it is difficult to implement for technical or economic reasons, measures should be taken to reduce the noise from the noise transmission. For example, move high-noise processing equipment out of a clean or isolated room and place it in a soundproof room.

+ Excessive noise equipment that must be located in a cleanroom can also be insulated with a soundproof enclosure.

+ In some cleanrooms, high-noise equipment such as mechanical pumps are located in outdoor cleanroom suites, or technical lanes or service areas, and noise in the cleanroom has been significantly reduced.

Cleanroom design should take into account the requirements. The cleanroom structure should have good sound insulation performance.

When the noise of the purification air-conditioning system exceeds the allowable value, measures such as sound insulation, noise reduction, and vibration isolation should be taken. The exhaust system in the cleanroom should be designed for noise reduction.

The air-conditioning system has to be designed according to the indoor allowable noise level requirements.

The air velocity in the air duct should be selected according to the following regulations:

+ The air velocity through air duct without supply and return air outlets is 4-6 m/s.