The Kawaoka A2 interlock is a new type of interlock that VCR offers. Let's find out what is special compared to the two interlocking devices that VCR are providing on the market.

I. What is an interlock? What is the Kawaoka Series A2 interlock?

An interlock is a device that controls the opening and closing of the doors at the same time to minimize the possibility of contamination of the cleanroom.

Kawaoka Series A2 interlock is a smart interlock system with new technology, it can adjust time delay to open or close door, alert the user by sound, and signal. 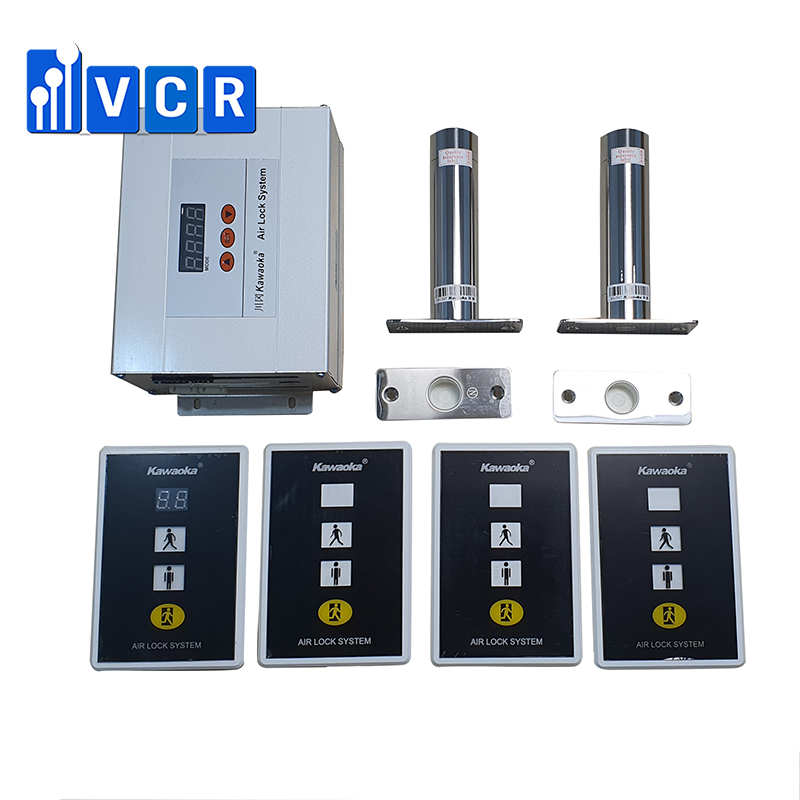 II. Structure of the Kawaoka A2 cleanroom door interlock system 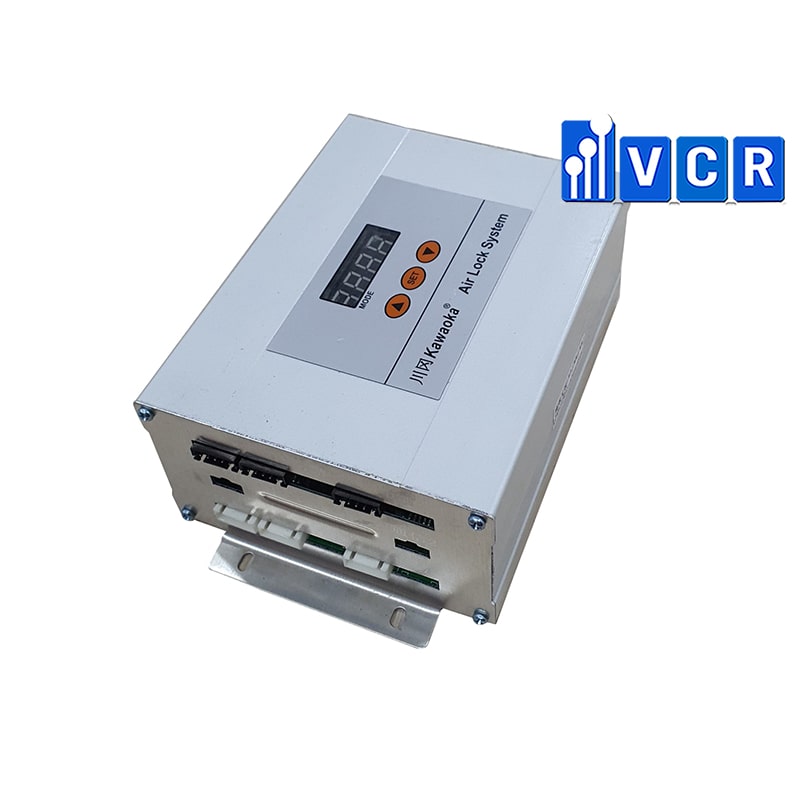 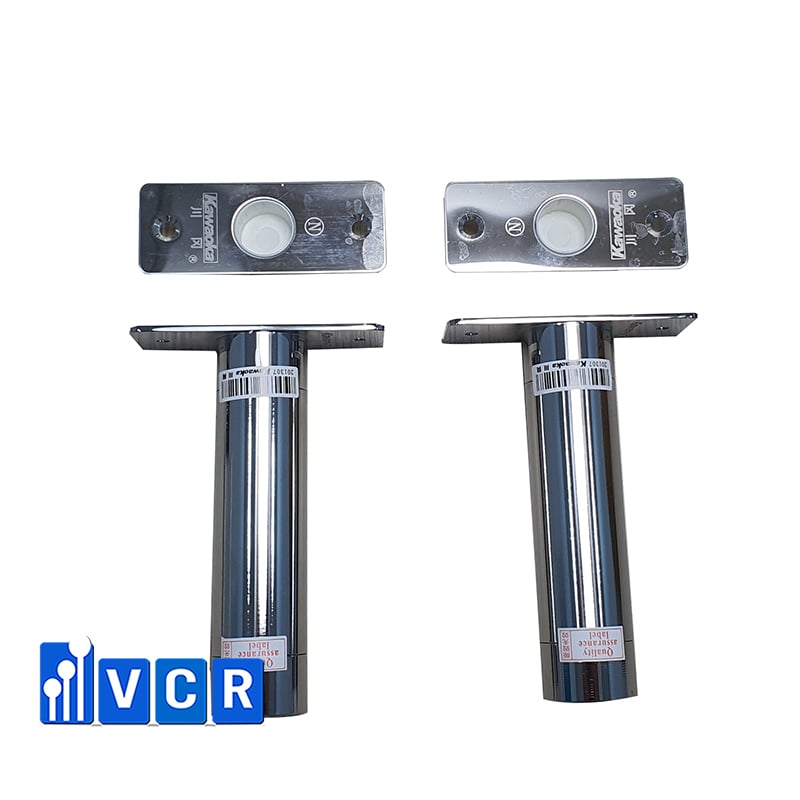 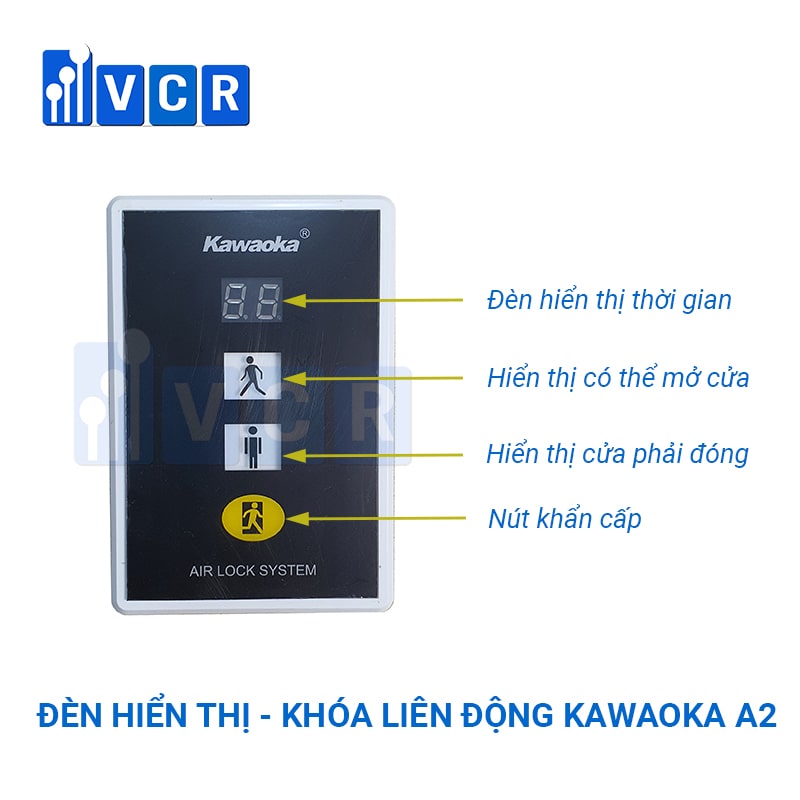 From the top to the bottom of the light is displayed:

3: Show door must be closed

4: Touch buttons for emergency use. When using this button, the doors will have their interlock disabled and we can open any door

Principle of operation of the Kawaoka interlock A2

When using the interlock we have to power the control box, attach the wires to connect the lock pin and the control face as well as connect the two control sides together.

Principle of operation of the Kawaoka double interlock A2

When we open door 1 to enter Airlock, the display light of door 1 will be green, meaning it can go and the display light of door 2 will be red, ie the door is forcibly closed, cannot open. OK. The open state of the door will be for a certain amount of time (about 6 seconds and adjustable) after a while, the lock will signal the need to close. Then we have to wait for 6s (the time has 2) can only open the second door. Until the lights of both doors turn green, we can start opening the second door to enter the clean room. When the 2nd door is opened to enter the clean room, the second door's light will be green, while the light of the 1st door will be red, meaning that it is not open. And after a certain period of opening, the lock will indicate closing.