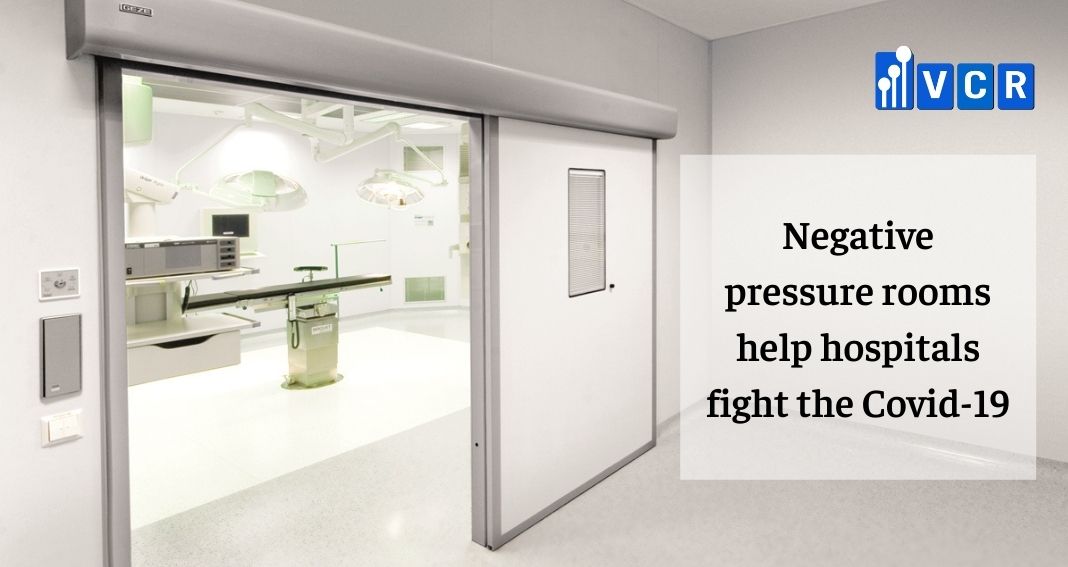 One of the most effective ways to stop a virus is to contain it. And that’s exactly what hospitals will be doing if they have patients suspected of having the coronavirus. In some cases, they’ll use “negative-pressure rooms.”

Negative pressure rooms are designed to keep the air circulating in the room of patients with contagious diseases contained in that room only and not released into other patient areas and common spaces throughout the hospital.

The World Health Organization (WHO) taking the rare step of declaring the spread of the coronavirus, which originated in Wuhan, China, a health global emergency. And facilities, such as the Humber River Hospital, are equipped with an abundance of virus and disaster-response tools, including negative-pressure and Haz-Mat rooms.

“Since SARS was foremost in our mind, we wrote our specifications to be a pandemic-safe building,” said Humber’s president and CEO Barbara Collins about the hospital, which opened in 2015. “There are already initiatives afoot to ensure that the environment is safer for people.”

Officials at older facilities, such as those in the University Hospital Network, have also expressed confidence in their level of readiness. But they may not boast the same post-SARS facilities available at Humber, which is capable of placing patients into system of isolation the moment they arrive.

Collins said the hard lessons learned from SARS, served as a catalyst for the suite of 85 negative-pressure rooms at the Humber hospital. Pre-SARS, the North York hospital only had three such rooms.

“We choose to put negative pressure rooms in every department,” she said. Many of the rooms also come with a separate anteroom (decontamination room), lowering the risk of contamination when staff move between rooms.

The negative pressure rooms are used for regular patient care when they’re not handling patients with contagious illnesses.

“We have 100 percent fresh air in the patient care areas, so we don’t have recirculating air in this building,” she said.

The hospital is also capable of isolating entire departments under negative pressure. The ambulance bay and an adjoining “Haz-Mat room,” is also tailored for seamless transformation into a pandemic-ready area, Collins said.

“Those of us with older infrastructure have to work with our existing footprint,” Hota said.

She said the hospital has sufficient capacity, but that would be tested if there was a sudden spike in demand.

“It really depends on how many patients we would have to receive,” she said, pointing to overcrowding faced by hospitals across the province. “It’s a concern for sure because we’re so busy to begin with, but we would do it in the safest way possible.”

Decontamination rooms are rare in older facilities and “that’s not something we think we need for this coronavirus,” Hota said.

She said the hospital is constantly reinforcing protocol for how to put on and remove personal protection equipment.

“Every hospital has to have a plan for decontamination,” which she said extends beyond viruses and into handling disasters such as chemical spills.

Hospitals in Ontario are required to have airborne, droplet and contact isolation, to manage patients with the new coronavirus, although it’s the general consensus that the coronavirus is unlikely to spread via airborne transmission, she said.

“This coronavirus is an early and evolving situation, so we apply that principle of using a high-level of precaution,” she said.

Patients who aren’t deemed to be critically ill with the virus can be safely managed outside of a negative-pressure room, she said.

“Every level of care that a patient would require in the acute care hospitals have these kinds of rooms,” she said.

Although the number of available rooms did not increase after previous outbreaks, such as SARS in 2003, there is a heightened awareness of the need for viral-disease containment spaces, she said. “Also, because things like measles and other vaccine-preventable diseases have been coming back,” she added.