What is a cleanroom? - Cleanroom definition 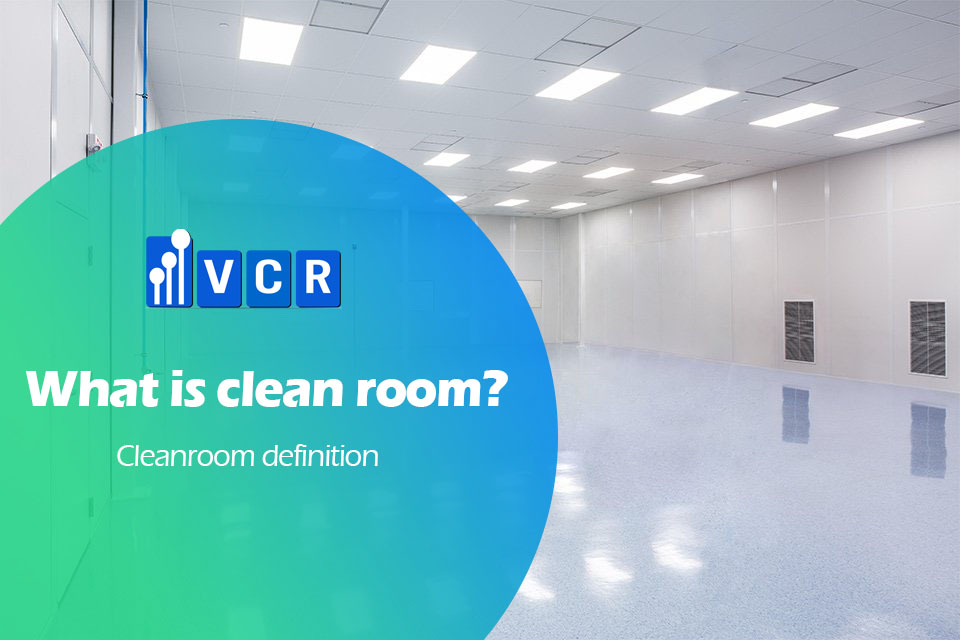 A cleanroom is not just a room that is clean, but it has a special meaning and is defined by ISO standard as:

The function of a cleanroom is to minimize the introduction, generation, and retention of particles, which is achieved by supplying large quantities of filtered air, personnel use clothing that minimize the dispersion of particles and the material used to build cleanroom does not generate any particle and can be easily cleaned.

A cleanroom can also control the temperature, humidity, sound, lighting, and vibration. 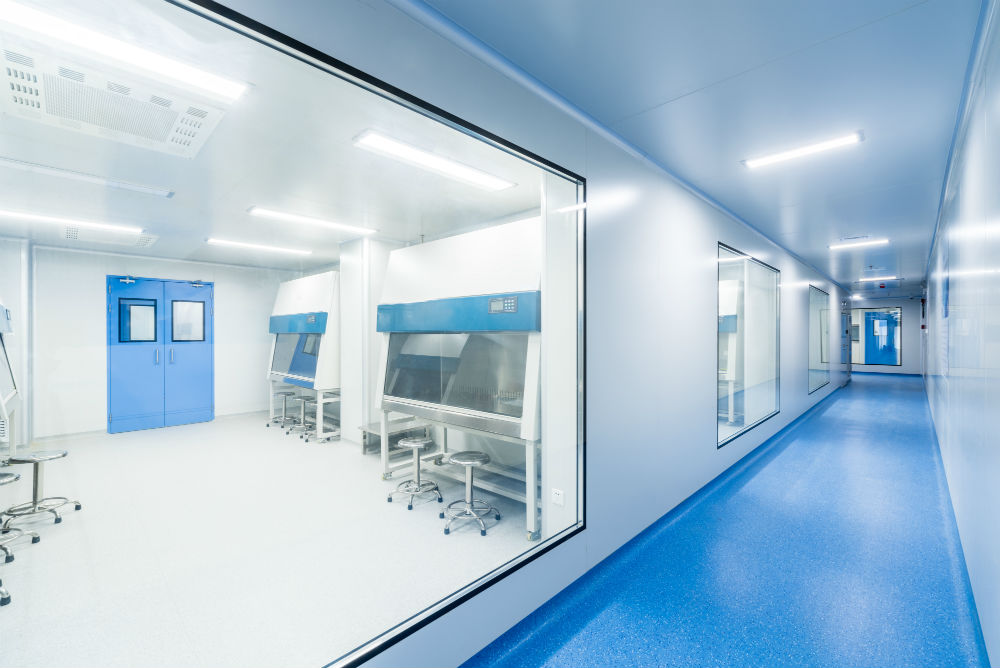 Cleanrooms are classified into two major types based on their method of ventilation. These are

Turbulent airflow cleanrooms are also known as "non-unidirectional". This type of airflow is generally used in offices, shops, etc. In this cleanroom, air is supplied by an air-conditioning plant through diffusers in the ceiling.

Unidirectional flow cleanrooms are also known as "laminar flow". The unidirectional cleanroom uses a large amount of air than the turbulent airflow cleanroom. Because of the directed air movement, it minimizes the spread of contamination about the room and sweeps it out through the floor. 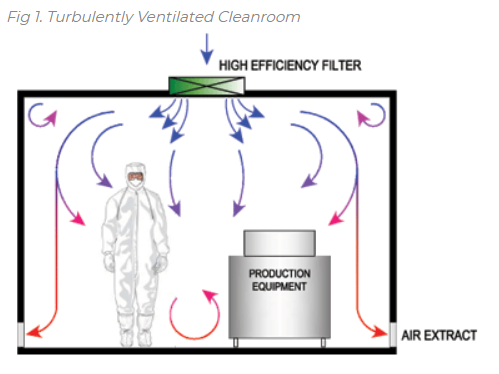 Fig.1 shows a turbulently ventilated cleanroom receiving clean air through air diffusers in the ceiling. Clean air mixes with the room air and removes airborne contamination by extracting the air at the bottom of the walls. The air changes are normally >20 per hour, this being much greater than that used in ordinary rooms. In this type of cleanroom, the contamination generated by people and machinery is mixed and diluted with the filtered air and then removed. 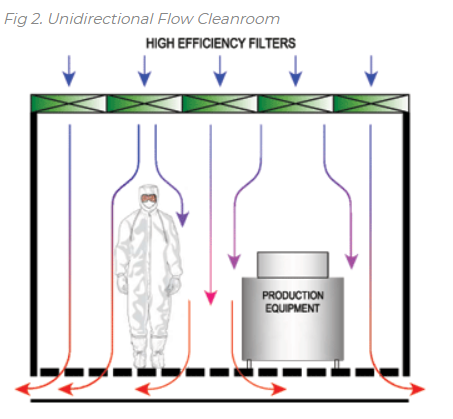 Fig 2. shows a unidirectional flow cleanroom. In this cleanroom, HEPA filters are installed across a ceiling and supply filtered air. The air sweeps all the contaminants from the room in a unidirectional way and exits through the floor.

Based on the application, cleanrooms are classified into:

Biological cleanroom functions like industrial cleanroom. Besides, it also needs to control contamination and the density of micro-organisms.

Based on the cleanliness level, cleanrooms are classified according to:

U.S Federal Standard measured the class of cleanroom by the numbers of particles larger than 0.5 micron in diameter contained in one cubic foot of air. For example, Class 100 cleanroom contains fewer than 100 particles on one cubic foot. 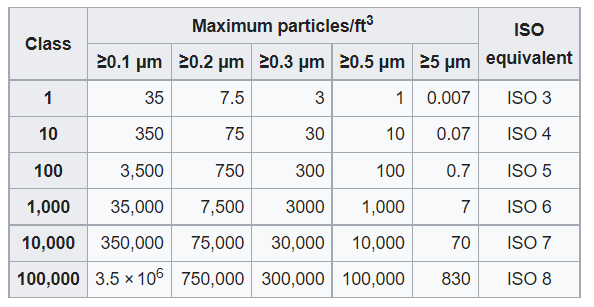 Beside U.S Federal Standard, ISO 14644 is another type of cleanroom classification.

ISO 14644-1 is a non-governmental standard developed by the International Organization for Standardization (ISO).

Table 10.1 shows the details of the two standards.

EU GMP is the guideline that pharmaceutical manufacturers must meet if they are intended for the EU market. EU GMP guidelines classify cleanrooms based on particles counts in operation and at rest.

In operation = during manufacturing process

At rest = when manufacturing process is finished

Most of the cleanrooms are maintained at positive pressure. So if there is a leak, air leaks out of the room instead of unfiltered air coming in. These positive pressure rooms are usually applied in semiconductor and pharmaceutical manufacturing, where a tiny amount of airborne particles entering could contaminate the whole process.

Negative pressure cleanrooms are used in biology laboratories, handling hazardous organisms, or in operating theatres of hospitals. The poisonous viruses and particles are kept from escaping the room.

People are the greatest threat to cleanroom contamination. An average person sheds 1.000.000.000 skin cells per day.

In order to control the cleanroom contamination, practices are introduced as follows: