Cleanrooms are classified by how clean the air inside them is. Cleanroom class is the level of cleanliness the room has, according to the number and size of particles found in the air. This article will specify the cleanroom classification according to ISO standards.

(*Particle concentration: number of particles per unit volume of air)

ISO 1 is the cleanest class and ISO 9 is the dirtiest class. Although ISO 9 cleanroom is categorized as the dirtiest, it is cleaner than a regular room.

a All concentrations in the table are cumulative, e.g. for ISO Class 5, the 10 200 particles shown at 0,3 μm include all particles equal to and greater than this size.

g This class is only applicable for the in-operation state 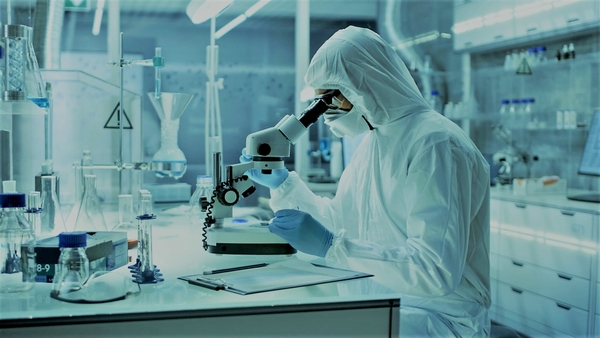 + The equivalent FED standard is class 1000.

ISO 7 is a common cleanroom class.

ISO 8 is another common cleanroom class.

FS 209E was canceled by the General Services Administration in 2001, but it is still widely used.

The more often the air is HEPA-filtered, the fewer airborne particles are left in the air.

The volume of air filtered in one hour divided by the volume of the room gives air changes per hour (ACH Rating).

Each ISO class will have a different ACH rating.